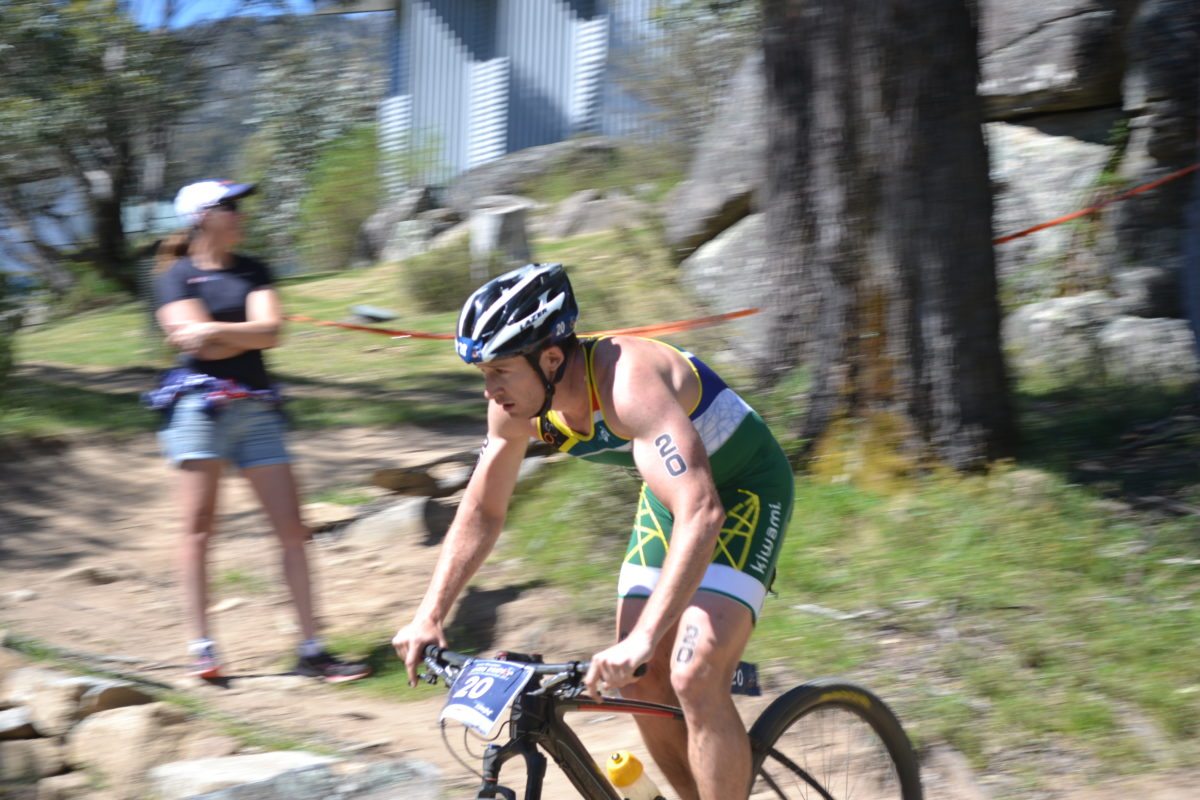 Offering a platform for the world’s best to compete head to head for the winning spot, Neethling qualified for the ITU Cross Triathlon World Championships through his participation at Xterra Grabouw, the South African off road triathlon national championships, where he took first place in his category.

Leading up to the race Neethling was able to familiarise himself with the course. On the day of the race, the first few hundred meters of the 1500m swim were tough as competitors tried to secure good positions for themselves. He soon reached a comfortable speed and completed the swim in 20:27 minutes and in around 20th position.

The cycling leg being his strongest discipline, Neethling managed to pass around five competitors and move up into the top 15. Feeling stronger he pushed hard into the second lap of the cycling leg but unfortunately got a rock caught in his gears which damaged his chain about 5km in.

Time spent fixing the chain cut a few minutes off his progress but he soon got going again without losing too much time. Less than a kilometre later the chain slipped off again and Neethling noticed more damage. Determined to finish the race, Neethling quickly performed another temporary repair.

By this time he was the last male competitor on the course and most of the female competitors had also passed him. After more than 20 minutes on the side of the track he finally got going again and rode conservatively to the end of the cycling leg.

At this point Neethling knew he had little chance of catching up to the other male athletes as he set off on the gruelling 10km trail run, which consisted of muddy sections, rock gardens, suspensions bridges, river crossings and a tunnel. Deciding to keep a steady pace and enjoy the race, he was surprised that he caught up and passed a competing male athlete from the USA.

Jeffrey came in at 24th position out of 30 competitors.

“I am a bit disappointed with my result as I feel I could have at least achieved a top 15, as that is where I was positioned when I had the mechanical problems. But that is a part of the sport and I will take it on the chin,” says Neethling.

“I really enjoyed the whole experience racing in an international elite field and I will take the positives from the race and move on,” he adds. “I couldn’t have had this amazing experience without the help of sponsors such as WEBPRINTER who provided financial assistance to get me to the starting line.”

“We are extremely proud to have had the opportunity to sponsor Jeffrey for the ITU Cross Triathlon World Championships. Despite the setbacks he endured on the trail, he still came out strong,” says WEBPRINTER CEO, Peter Kohnert.

Jeffrey will spend a few days in Sydney visiting his sister who lives there before returning to SA where he looks forward to his next goal event: the South African Cross Triathlon Championships in February 2017.