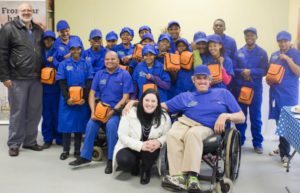 The two year old affiliation between one of South Africa’s leading suppliers of dried fruit and nuts and an organisation for people living with disabilities has been described as a ground-breaking success story.

Montagu Dried Fruit and Nuts and the Community Action Partnership (CAP) found reciprocal benefits from Montagu’s decision to train and employ disabled people to help with the production and packing of innovative dried fruit and nuts products.

“Thirty-three packers, most of them still young, earn a living and experience a sense of belonging and self-worth in this way,” says Montagu’s sales director De Wet van Rooyen. 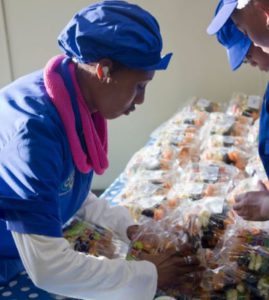 The focus shifted from disability to ability – being part of a salaried team skilled in food processing, quality control and hygiene.

CAP now also owns its own franchise operation in Swellendam’s Swellenmark Centre. Income from this outlet help to finance the running of the CAPability workshop, which is situated adjacent to the Montagu store.  Ilze Olivier, who helps to run the workshop, says it provides differently-abled people with an opportunity to join the mainstream economy.

CAP co-founder Herman Smit points to further gains. He says the successful partnership between Montagu as a profit-driven company and an NGO such as CAP serves as a model for other NGO’s who’d like to rid themselves of a mentality of relying on handouts.

“We’ve learnt to reason in a commercial way. By improving our standards for basic administration and finance we’re working towards financial sustainability in the long run. Profit from our Montagu-partnership has already added more than half a million rand to our turnover.” 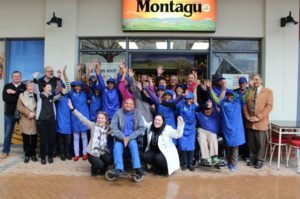 Special CAP products – like the popular Montasatie dried fruit skewer – were added to Montagu’s range and more surprises will be reaching all of Montagu’s 138 franchised outlets in the new year. Purchasing them will directly benefit the CAP initiative in the form of constant workflow for their employees.

Smit says they have their sights on monthly sales of 22 000 Montasatie 5-packs – relaunched with a special new flavour for summer – and a second series consisting of delicious raw date truffles (date balls) in exciting new flavours.

“We have a lot of individual success stories,” says Smit, ”but the biggest success story is seeing people evolve from being totally shy and introverted into individuals who are proud of their work, who have started to dream and to believe in themselves again.”

Post Categories: Lifestyle News
‹ How to keep your kids entertained these holidays Things to do in Cape Town before the summer is over ›