The digital space is always shifting, expanding, creating room for more. Our newsfeeds are inundated daily with fresh influxes of ICT-related information, and every week brings new advances in tech, big and small. With the constant buzz around innovation, we’re not always sure what’s really disrupting the industry, and what’s just fluff.

How Digital Will Change Your Life this Year 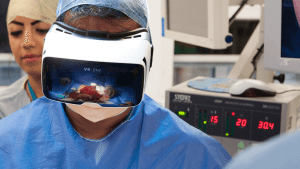 While the concept of VR has been around since the ‘70s, the technology never seemed to catch up, and there was no way to distribute the service to the public, who generally couldn’t afford the gadgetry required. Until now.

Smartphones have changed everything. With HD cameras, GPS and screen rotation functionality, as well as enhanced processing power, the Smartphone is fully capable of running VR software. This not only makes for a seamless VR experience, but also makes it accessible to anyone with a mobile smart device.

This year, HTC, Sony and the Facebook-owned Oculus will each release their own VR headsets, VIVE, PlayStation VR and Oculus Rift, respectively. The much anticipated Oculus Rift is set to hit shelves from April 2016. Robust user experience (UX) testing paired with a dose of healthy competition means that we’re in for a life-changing VR experience.

As a fully immersive experience, VR will change the way we work, learn and entertain ourselves.

2 – Sharing Economies Are All the Rage. 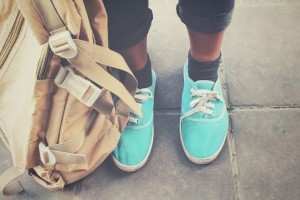 Airbnb. Gumtree. Just some of the household names you’ve come to know. What you may not know, is that these innovative brands are part of what has now been dubbed the “sharing economy”, and it’s all the rage.

It’s all about access, really. Most people, especially millennial consumers, can’t afford to stay in hotels, buy high-end sports equipment or hire a full time employee at their start-up. This is what makes sharing communities so powerful – people can trade goods for goods, or get the experience, knowledge or help that they need at a fraction of what it would usually cost using traditional service providers.

Companies like Airbnb, TaskRabbit and Uber allow regular Joe’s who just aren’t making enough money in their day jobs to turn their assets (such as apartments and cars) and skills into a means of earning a passive income. It’s genius, and a mega disruptor for conventional business; companies will be competing with consumers who rent their goods out for a small fee, a bottle of wine or even a basket of home-grown vegetables. Who can compete with that? 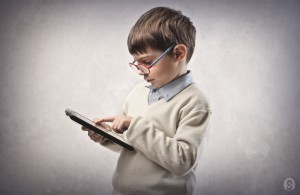 It’s not news that the marketing landscape has changed drastically over the last decade. Digital communities have influenced the way we buy, sell and strategise, and the consumer is now informing the business, not the other way around.

While some companies were slow to realise this shift, for brands that are at the forefront of their fields, consumer behaviour intelligence now drives all their business – from product concept and design, to marketing execution and delivery.

UX is a vital element of product design – it is how the user feels when they interact with a digital product. For those new to this concept, think of it as a product’s first impression on the user. You can already see why this is integral to brand adoption. There is a lot of competition out there; if a website or app is unattractive or difficult to use in any way, users will spend their clicks somewhere else.

Companies are pouring funds into consumer research, conducting user testing, marrying findings with the relevant Human Interface Guidelines (HIG) and using this precious data to advise on their product design. According to UX Motel, for every $1 spent on UX design, there is a $100 ROI[i].

Our new reality is that consumer attention is a commodity, which means that intelligent UX design is no longer an option – it’s a top priority.

Despite films that put the fear of machines into us (think Terminator, I Robot, The Matrix), the field of robotics and AI has never been as prolific as it is now. Last year the industry saw huge leaps in robotic capability. International competitions, like Amazon’s Picking Challenge, the DARPA Robotics Challenge and the RoboCup pushed innovators to their creative limits, and we saw robots that can pack shelves, operate in disaster situations and perform as proxy surgeons in remote locations.

While there are still many milestones to reach in the field, experimentation and field testing are gaining ground and developers are using glitches to learn and make adjustments. Despite the setbacks that Google faced with the testing of its self-driving cars, it’s only a matter of time before the kinks are ironed out and they move on to the next “impossible”.

Newsworthy developments to look out for: 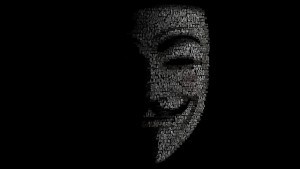 Imagine your child is playing innocently by herself with an electronic toy. She is chatting to the toy happily, when the toy starts to talk back – and not in a polite way. Entirely possible, as hackers proved when they breached digital toymaker VTech’s network last November, exposing the account information of 6.4 million children around the world.

Hacking is rifer than ever before and last year saw some really big attacks. The federal Office of Personnel Management (OPM) had the sensitive details of over 21 million people stolen, as well as the finger print files of 5.6 million federal employees. The controversial website ‘Ashley Madison’ was hacked laughably, and the data of 37 million users released publicly, including credit card information and login credentials. Other hacking victims of yesteryear include Experian’s T-Mobile customers, the IRS, LastPass and CIA Director John Brennan.

What these breaches have taught us is that we need to tighten up security in an innovative way. Hackers and cyber security firms are neck-and-neck in the race to get ahead of the game, and with a predicted 30% increase in connected devices in 2016, there’s a lot of work to be done.
What kinds of criminal ingenuity do we have to look forward to?

Vectra Networks CEO, Hitesh Sheth said in a recent interview that cyber security firms need to think outside the box and spend more time developing software that tracks hackers once the inevitable breach is made, and alerts security immediately, as opposed to just focusing on firewalls 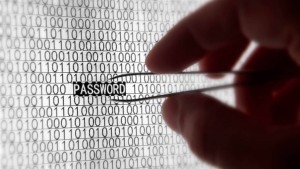 Here’s what consumers can do to protect themselves:

So those are the top five digital trends to watch in 2016. It’s going to be an exciting year in tech and we’re looking forward to watching creativity and innovation flourish in our own country. Here’s to mankind leaping forward in the online frontier!

Kate West is the Training Manager at Shift ONE Digital. Along with her passion for online media and education, she is fascinated by how users interact with the technology around them and why they make the choices they do. She wears many hats at Shift ONE, but focuses on the business’ training offerings. She has a Bachelor’s Degree in Communication Science and experience in Digital Marketing, Social Media, IT Training, Public Relations, and Editorial. She loves piña coladas and getting caught in the rain